you talkin to me? 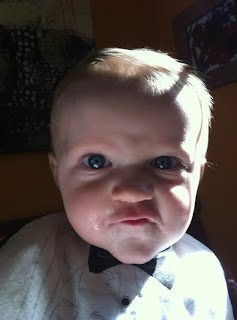 Noel is looking pretty old school gangster in this photo. You have to admit, the tuxedo bib totally makes the shot. That was his wedding bib. Ah yes, the wedding that was nearly one month ago that I haven't found the time to write much about. Paudie was the pageboy in his godfather/uncle's wedding (hence the tux in last post's photo). I had no idea how he'd react to the tux as he can be really picky about his clothes, which is normal pre-school behavior. But I get the sense he might fancy himself so he was pretty pleased with how he looked. We talked up the walk down the aisle a lot so he wouldn't balk - but he kinda did. His uncle prodded him down the aisle - no tears, but no happy face either. He was very antsy through the ceremony, but only a minor fit of crying. Once the ceremony was done, he was all party. He and his cousins had a great time chasing each other and taking photos with the disposable cameras on the tables. And throwing said cameras on the ground. Noel and I were sitting apart from P and John - P at the kids table and John at the head table - was kind of weird not to know exactly what he was doing/eating, but his cousins seemed to keep him in line. Amazing how they go from helpless little babe's like Noel to ridiculously independent in only a few years (I'm talking about Paudie here, not John).

Noel was getting sleepy around 9ish - there I was in the corner of the ballroom with my fancy dress on rocking his stroller trying to get him to sleep. A babysitter arrived around 10 PM and I was encouraged to get Noel into his crib and have her watch him. I was really reluctant. The jaded American in me kept asking myself, is she going to steal my baby? I was so reluctant as I left him even though she was the sweetest girl. I think John's sister thought I was a bit wound over the whole thing. I eventually relaxed and one by one the kiddos went up - Paudie fell asleep around 1 so John and I had some time to enjoy ourselves sans kids. The next day was a bit brutal but we survived.

Noel ended up with a double ear infection two days after the wedding. Poor thing was a mess - was interesting for me to experience what it's like to see a doctor in another country. No paperwork, no HIPAA forms. No major wait. Getting the antibiotic took about two minutes in the pharmacy across the street from the doctor. So luckily he had enough medicine in him that the flight back wasn't nightmarish for either of us. Of course even 5 days after finishing that drug the ear still wasn't clear so onto round 3. Ugh. what we have learned about our fat and happy baby us that antibiotics = the runs for little Noel. It was out of control. One day he pooped all over his clothes twice, then the dog pooped/peed/barfed in the kitchen and Paudie peed on the floor. Good god.

So Noel is healthy again and gearing up for his first Halloween - he's a frog, assuming the costume fits. Noel has started to crawl the army crawl this week and he is completely and utterly aggressive. He will not sit still for diaper changes and must always be moving towards something - the TV cabinet, the corner of the rug, the metal bar on his pack and play. I don't remember Paudie being so crazed about getting around at a young age but who knows. I guess I could go back and read through old posts. Maybe it all seems heightened now because we have so many toys in the house and a dog with lots of dog hair.

In Pau news... our boy has taken to swearing and I know we have no one to blame but ourselves. What kills me is the finesse with which he uses his swears. He isn't jumping up and down yelling them out as he occasionally does with the word 'poop,' rather he has integrated them into his everyday speech with no fanfare. "Oh shit, that piece doesn't fit there" was overhead this week as he was doing a puzzle. And then there is the f-bomb. John and I are very aware of our language right now and trying to do what we can to clean our potty mouths as I don't want to be the parent of the kid who taught everyone at daycare how to swear.

I had my first business trip post-kids this week - 4 days in New Orleans. John was left in charge of the house and fam - I felt so guilty leaving him, especially since it was our anniversary, and over a weekend. But as per usual, he totally kicked ass. Even braved the zoo. It was really weird for me to travel without them. I must confess to having a soft spot for NOLA at the moment - the food was soooo good. I swear I gained 5 lbs. And the people have a lot of spirit. Well not the drunk gross tourists but the locals. We did a cemetary tour that was quite interesting and has prompted me to actually want to learn more about the city's history... you know, read a book? I was so happy to get home, I missed everyone so much. But I'm glad I went and proved to myself I can do things without them. Sometimes I'm so damn co-dependent.

i won't fight and i won't hate (well not today) 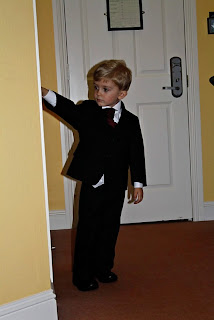 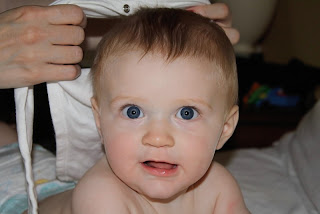 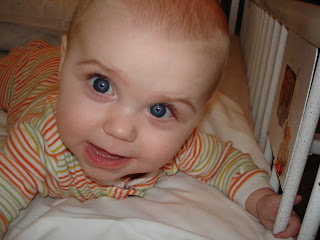 Here we are, October 13. Four years ago today Cian left us. Each anniversary my feelings about the anniversary change. The pain and anger certainly have not diminished, but with each year I get a little braver about not letting the actual anniversary consume me. But my God how it stings knowing Cian should be starting kindergarten next year. That perhaps we'd have moved on with our lives like I'd always planned - having our 3 kids then relocating to a more family-oriented community. But that all got put on hold for reasons unbeknownst to me for the rest of my livelong days I suppose. When I question where I am in life and what to do next, all the confusion stems from the events of 2006. I wish I could just put the scarlet letter on my chest and be done with it.

The cliche is true. And believe me, I hate cliches. Losing a child is every parent's worst nightmare. I look back on our days in the comfort room in Children's - all 3 or 4 of them - and think, how did I make it? From a distance I'm now one of the people who read our CarePage and left a note saying how strong we were, asking how we were getting through it. From this distance all I can surmise is that it wasn't me at all. I remember taking a shower the day he died - actually I think it was the day before. Looking back I think, how on earth did I leave his bedside for 15 minutes? Then I recall I hadn't had a shower all week and I just needed 15 minutes to myself to try and feel like a human being again.

Prior to Cian dying, I never had a face-to-face experience with death. I was so scared he would pass in the night but it was physically impossible to stay awake all night. I remember asking John what it would be like when he died - John's father had died about two years earlier and John was with him. It's amazing to me that the palliative care clinicians knew what would happen and when. Towards the end we were almost scared to hold Cian - hard to say why. Maybe it was a crude form of detachment starting. But they urged us to hold him - his dad, his uncle, his grandpa. When he got to me, things started to change. The room slowly filled with people, drugs were being pushed. I just sat rocking him. Someone's cell phone went off. I remember asking, is he gone? Then he'd take another labored breath. Then he really was gone. But if I stared hard and long enough, I'd swear his stomach was moving.

Eventually everyone left the room. He lied on the bed as if he were a doll. We bathed him and put a clean outfit with clouds on him. Then they took him, wrapped in a blanket as if he was a sleeping baby.

Leaving the hospital after your child dies is a surreal experience. First you pack your things - like checking out of a hotel almost. Then you put on a brave face and walk through the halls - there is no emergency exit - and see the other families wishing for a miracle, getting a miracle, getting the shaft or just having an ordinary day. You go to your car and see the empty carseat and wonder if another baby will ever sit in it again. You go home and see all the toys and clothes that are left behind. You cry. You cry a lot. You want to rip out your insides. But you can't. You have to pull it together. There are plans to be made. Phone calls to place. Thoughts to process.

It's true I'll never be the same because of what happened four years ago today. And it's hard to go through life every day faking it. I know what some people think. That Cian was just a baby so we probably didn't get too attached to him. Or how we'd just have more kids because you know he could be replaced. I sit in meetings at work where jokes have been made about hospital morgues or pity is levied for parents of sick kids. People talk to us about our two kids or ask if we are going to have a third. All the while I fake it. What choice is there really.

I'll never understand why we were chosen to give up our first child after only 7 months of life. The trauma of having your parenthood taken away is simply ridiculous. Obviously I'm appreciative of getting it back, but I will always wonder what kind of parent I'd be now if I wasn't carrying that baggage. Better? Worse? Hard to say, probably a little bit of each.

Miss you more than words can relay. Thanks for everything you taught us. The memories you gave us. And I'm eternally sorry for what you endured.
Posted by paudie's ma at 9:20 AM 1 comment: